Pekin Community Selects Winning 2022 Pekin Marigold Medallion Design A medallion designed by recent PCHS graduate Curtis Cook will represent the 2022 Pekin Marigold Medallion Hunt.  Pekin, IL May 18, 2022 - The Pekin Area Chamber of Commerce congratulates recent Pekin Community High School graduate Curtis Cook for his winning Pekin Marigold Medallion design.  Nearly one dozen fused glass artworks were submitted to the Pekin Marigold Festival Committee, with finalists posted for a live poll on the festival's social media. All potential medallions were designed by PCHS art students, a tradition started just more than a decade ago.  Curtis began art classes with the high school in his freshman year, focused on completing the program and attaining an independent study course offering. Glassworks however was the class he most looked forward to. His design centers around a Pekin icon: the Mineral Springs Lagoon dragon paddle boat. The medallion is a "f
Read more

September 11, 2021
For years, I never felt I could hide the medallion down by the river front simply due to the lack of a variety of good references. Many of the features at that location are exclusive to it. That would mean that using one of them could end the hunt quickly.   This year I took notice of Illinois River Road kiosk that has been there for years but which I had never studied.   A closer look at it revealed a possible reference.   It contains “history”, places, spaces, numbers, and colors-from Ottawa to Havana- places near and far.   Observing the area further, with bridge and river traffic,   I knew that would allow for added reference to the “travel” concept. such as “near and far”..   Finally, hiding the medallion at this location would be a first I hunt history, where hunters would “boldly go where no man (medallion finder) has gone before.”   Of course, I had many other hints to reveal that we're more obvious, but as always, I held them back for a possible later clue.   Unfortu
Read more

When Carrie Smith and sister Stacey Hayes woke up the morning of Labor Day, they were hopeful. But, the women had no idea they would make history, with years of hard work sleuthing paying off. At 7:11 a.m., little more than an hour after Clue 7 released, the sisters made their discovery at Pekin’s Riverfront Park: the first year in 43 years the Pepsi Marigold Medallion was hidden at this location. Cluemeister Gary Gillis said he had never hidden the Pepsi Marigold Medallion in this area before because of a lack of landmarks that could mislead hunters. The area was essentially too unique. After seeing the Riverway Road sign just adjacent to the Spalshpad, the Cluemeister felt inspired. Key components directing hunters to the location included phrases such as a “panoply of sounds” and the stanza “Look for a 2006 winner of a Presidential Freedom award. Find two books of an historian’s work. You'll be in the thick of your reward.” Sisters Carrie and Stacey have been avid hunters throug
Read more

September 06, 2021
Clue 7 Are you out there looking for the key? This might make you groan. The key to finding the key you need. Simply stands alone.   Look for a 2006 winner Of a Presidential Freedom award. Find two books of an historian’s work. You'll be in the thick of your reward.
Read more

September 04, 2021
Clue 6   If you boldly go with a study of years, Look up and down the terrain. Seek out some variety, It’s anything but plain.   We all should read between the lines. Look for oddities on a tree to be found Find peace for your holiday weekend, And listen for a panoply of sounds.
Read more

September 03, 2021
Clue 5   If a picture is worth a thousand words, Then here it may be worth more. In many ways it can all add up. You just can’t keep the score.   Many spaces and many places, All for you to seek. They’re all right there in front you, Lean in and take a peek.
Read more

September 02, 2021
Clue 4  In life, issues are best considered, And examined from all sides; Doing your homework; expanding your thoughts, Individual stories all aligned..   If you carefully follow each clue, Seeking to find a way to win. You know that it often follows. That you find the end in where it begins.
Read more
More posts 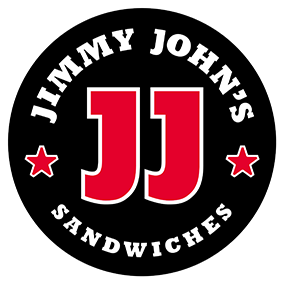 The winner of the 2022 Pekin Marigold Festival Medallion Hunt will receive a grand prize of $1,500, sponsored by our friends at Jimmy John's ® 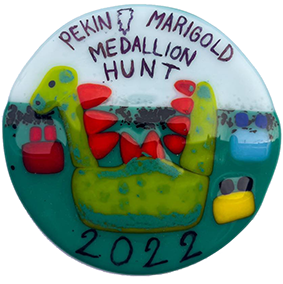 For the latest clue or updates, call the Pekin Marigold Festival Medallion Hunt hotline at 346-HUNT.